Renting may limit how you go green — rain barrels, solar panels and wind turbines are obviously out. The good news: you can still do a lot to reduce your carbon footprint, and you’ll save money doing it.

There’s a myth that there isn’t a lot that renters can do, said Paula Cino, director of energy and environmental policy with the National Multi Housing Council, tells The Washington Post. Our individual behavior has a huge impact on sustainability. 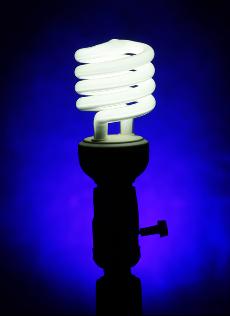 There are simple steps you may take to start conserving energy in your home, such as replacing your incandescent lighting in the room you use the most with compact flourescent one.

Go back to basics. Turn off faucets while brushing teeth or soaping hair; unplug appliances when not in use; switch to compact fluorescent (CFL) light bulbs; install window treatments to keep your place warm in winter and cool in summer.

Colin Beavan, author of No Impact Man, lived in a New York City apartment when he spent a year trying not to produce any carbon emissions. He and his wife stopped watching TV and using the air conditioner. They used candles instead of electric lights, went to bed early and walked to work. He unplugged his freezer and bought only local food that he could put in reusable containers.

The problem for apartment dwellers is that you can’t change the infrastructure of the building, he tells The Post. So it comes down to using less.

The story offers these tips:

This article has 1 comments